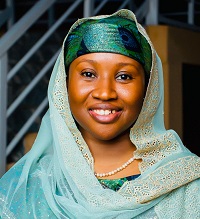 Sa’adat Yunusa Mohammed, a lawyer by profession with over 10 years’ experience in legal profession and an indigene of Sokoto State from Dange Shuni local Government Area. She is a member of Association of Professional Negotiators and Mediators as well as a Notary Public of the Supreme Court of the Federal Republic of Nigeria. I have participated actively years back and was elected as the Vice President, Law Student Association of Nigeria (UDUS, Branch) and also, Vice President Sokoto State Law Student Association (UDUS, Branch). I received Humanitarian Award by Jaycee in 2006 as well as the Best Female Politician in 2008.